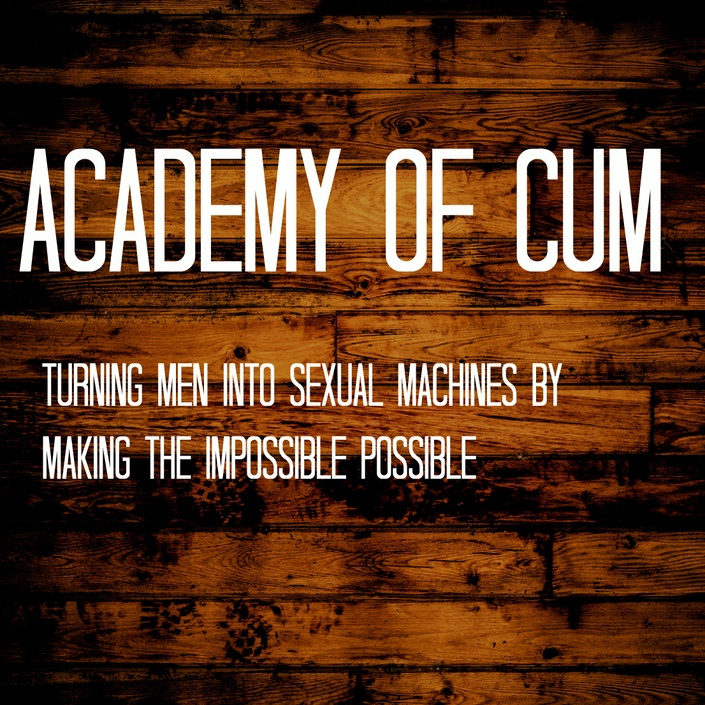 The coupon code you entered is expired or invalid, but the course is still available!

It was a warm evening in the beginning of fall, leaves were turning yellow and the sun was spreading its warm rays over the corrugated iron wall on the back of the huge building in the suburban industrial area. I had forgotten to bring some tools from work that we needed for fixing the couch in our living room. She waited outside while I ran inside to get what we needed. When I got out again I found her inspecting the pile of old rusty car rims next to the picnic table where we ate lunch on sunny days. She was deeply interested in something she had found on one of the rims so I was able to drop the tools and with the most cautious steps sneak up behind her without making sound in the gravel.

I slowly slid my hands under her sweater, my right hand on her stomach and left hand further up onto her right breast. She let out the slightest joyful moan, and I could see she was smiling even though she didn't look at me. She had no bra on and I felt her nipple slowly get hard, and within a few seconds it was as firm as the old rubber tire she now had her hands on. She slowly turned her head around so she could see my eyes, her eyes filled with that energy you can see when someone is completely absorbed in the moment.

A few seconds of silence, and then:

-You're not going to have me here where you eat lunch with your coworkers every day.

-Also, there is people here, she said, referring to the forest behind us where an occasional dog walker might walk by a few times during an evening.

-It's not like you have let that stop yourself before, I said and walked over to move some pallets that were left on the road from today's huge shipment of tires.

I knew that she knew she would not be able to resist. She always tries, and she probably sees it as a sport to hold back as much as possible, simply to prove herself her own self-control and respect. The first time we had sex was on our fourth date, at a spa. She had held back for several nights of sleeping together but when all of sudden we found ourselves in this small hot-tub room, empty except us of course but with the chance of any kind of fancy-spa-person walking in at any time, she could not resist anymore. Every time she whispered something about her spa-respectability being risked I could hear her quiet moans get louder and see her eyes get even bigger. Ever since that day I'we known her guilty pleasure and she both hates and loves that.

-Can we go home now? She asked with a hint of desperation in her voice.
-Yeah just wait a second, I'll stack these real quick, I said while I noticed her eyes were drilled onto me.

She was now leaning towards the old picnic-table and when I approached her I quickly noticed that her both nipples were trying to fight their way through the worn down sweater I used for work before. I sat next to her and started doing circles around her belly button with my fingers....

...."Damn this is way too easy for you, it is not fair" was all she could say 15 minutes later when she was on her way to her fourth orgasm with her back against that tabletop and I was working on my third. "Since I met you I can't get half of the stuff I'm supposed to do done anymore". She was totally addicted to having sex with me, and since she knew it will always be some of the best she has ever had she could never get enough.

Now, to get here we need to rewind the tape about 10 years and follow the 14 year old me for a bit.

A few weeks later I had my first 2 consecutive orgasms. About a month after that my whole hobby was at a whole new level, taking up way more time from my day than it did before even though that was probably way too much already in the beginning. Give a 14 year old the ability to masturbate in infinity and you can probably imagine there is a few hours too much spent on that. However, every action has an equal and opposite reaction, Newtons third law. The time spent back then has given me insane success in the sexual-part of my adult life.

I am now here to give you the never been shared before secret shortcut to this so that you don't need to do it the hard way like I did.

"Damn, I'm about to come again, this is just too easy for you" – heard on that picnic table.

"When you get back to (insert my hometown) I'm gonna fuck your brains out." – text message from a girl I met.

"I feel so sorry for all the other girls that can't have you." – current girlfriend.

This last one made my mind spin. It would really be a waste if the knowledge of how I built this skill was used by me only. I am absolutely not saying no one will be able to figure this out on their own, but I am saying it will be way easier to let me teach you and you will be able to reach your goal in a matter of weeks, rather than maybe wasting years before you got it if you actually ever did.

The internet is FILLED with shortcuts and courses in basically EVERYTHING nowadays. One of the best life lessons I've had is that you don't need to figure everything out from scratch, it is the ones who use current knowledge in the most efficient way that find success. Imagine yourself stubborn enough to not use the wheel, or anything where the wheel has been used because you were not the one inventing it. Would your life be easy? Would you get to work or school? Would the food you eat get transported to your store? If you want any kind of success in life, first find the best knowledge accessible in your field, then work ontop of that.

THIS IS NOT THE SAME METHOD THAT CAN BE FOUND IN DIFFERENT PLACES ON THE INTERNET AND THE BOOK "The Multi-Orgasmic Man: Sexual Secrets Every Man Should Know" by Mantak Chia, which talks about separating your orgasms from your ejaculations! This method is about truly making your refractory period (the period of exhaustion between two sexual intercourses) first diminish to in the end be completely gone.

The official world record for most orgasms in one hour is 134 for women, 16 for men. I actually laughed at this the first time I read it, because I was thinking of the insane sessions I had back In my later teenage years. It was not uncommon that I masturbated for up to two hours (until I'd be way too sweaty and shaky for everyones good) losing my orgasm count between 20-30 already in the first 30 minutes. Yes you read right, I can orgasm more than once in a minute if I need to.


They say anything you sell on the internet should provide value atleast 10 times the cost of the product. In today's society we have all kinds of apps and solutions for making dating easier than ever before. If knowing how to be unstoppable in bed would make that dream girl you met become completely addicted to you both personally and sexually so that every girl you met actually gave you a fair chance, how much would that be worth to you? What if she became your future wife just because you had that little extra drive nobody else had?


Why do you need this:

-Its damn fun. (This alone makes it worth it)

-Never be afraid of orgasming too early again.

-Know you can do something that I'd guess far less than 1% of the male population can do, scientific articles even say its impossible! 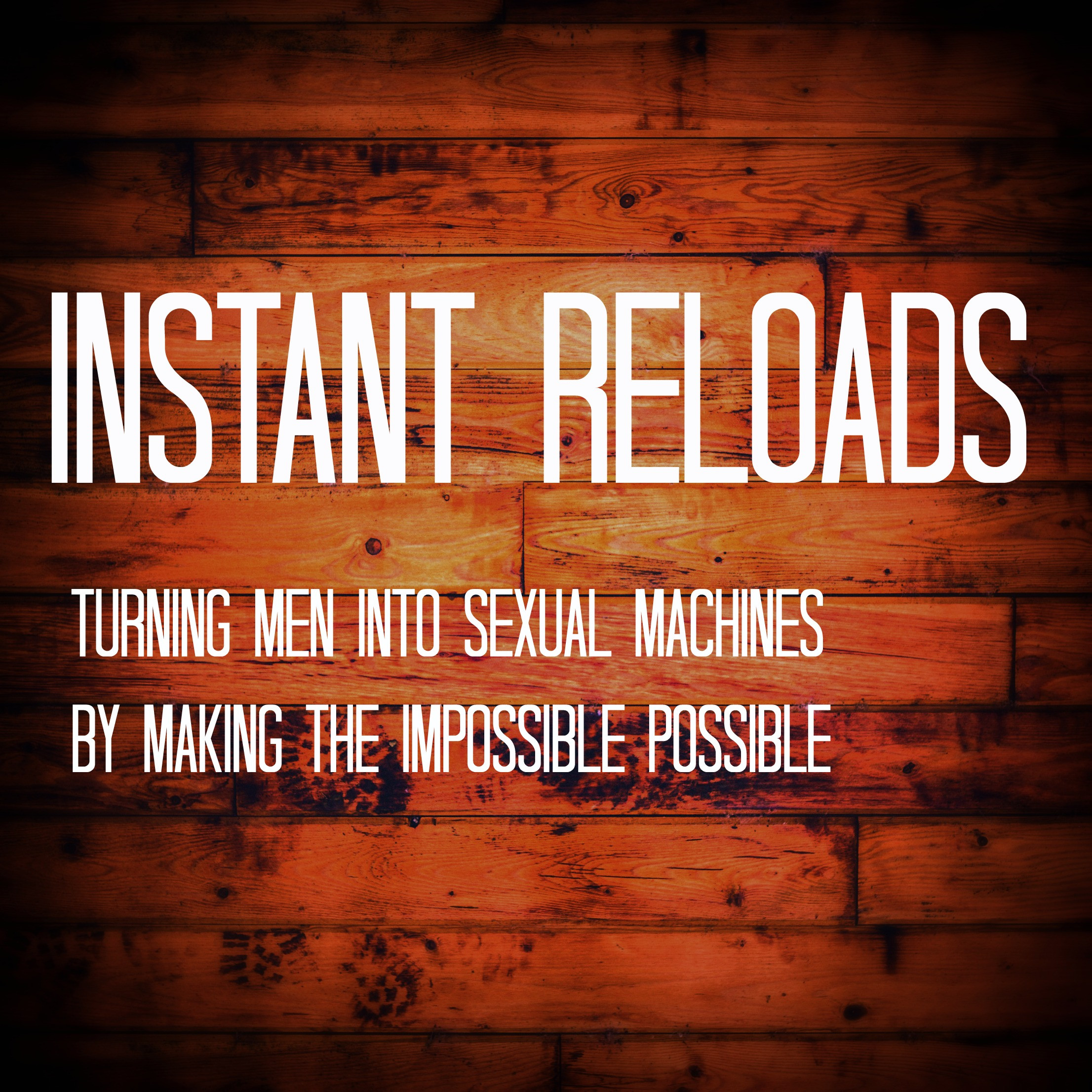 When he is not teaching he can be found spending time with his girlfriend who considers herself too lucky to be true, on a sports field or playing music.

Transform your sex life to a completely superhuman experience - for yourself and your future lucky partners - at http://instantreloads.teachable.com/p/instant-reloads

When does the course start and finish?
The course starts now and never ends! It is a completely self-paced online course - you decide when you start and when you finish.
How long do I have access to the course?
How does lifetime access sound? After enrolling, you have unlimited access to this course for as long as you like - across any and all devices you own.
What if I am unhappy with the course?
We would never want you to be unhappy! If you are unsatisfied with your purchase, contact us in the first 30 days and we will give you a full refund.
off original price!

The coupon code you entered is expired or invalid, but the course is still available!